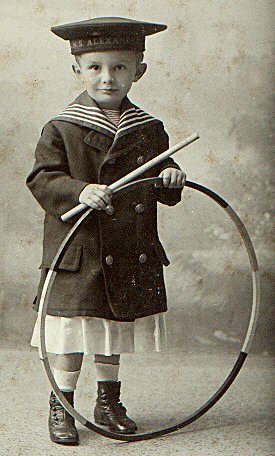 The earliest known incidence of hooping was in ancient Egypt as early as 1000 BC, where children used large hoops made of grape vines, which they rolled along the ground propelled by sticks, or swung around their waists a la the modern hoop. In other parts of the ancient world, hoops were made of stiff grasses as opposed to vine.[1]

In the 14th century, recreational hooping swept across England. The records of doctors at the time attribute numerous dislocated backs and heart attacks to “hooping.” The word “hula” became associated with the toy in the early 19th century when British sailors visited the Hawaiian Islands and noted the similarity between “hooping” and traditional hula dancing. 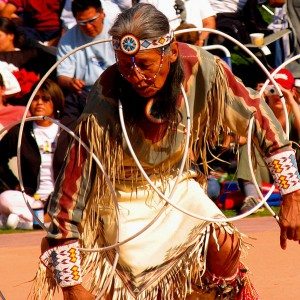 In 1957, an Australian company began manufacturing bamboo hoops for sale in retail stores. This caught the attention of a new California-based toy company by the name of Wham-O, founded by Richard P. Knerr and Arthur K. Melin. In 1958, Knerr and Melin travelled to playgrounds across Southern California, where they gave away free hula hoops and performed hooping demonstrations for the children. From this humble beginning, over 25 million hula hoops were sold in a four-month period.

Over the ensuing years, hula hoop contests were organized across the United States of America, and over 100 million hoops were sold in total

Amber Sankowsky
2020-04-04T15:09:38+0000
Hello yes definitely recommend! fast service, well packaged and of course the absolutely beautiful hoops! Very well made to. 😀 I will definitely be shopping at Hula Hoops Australia in future Thank you Maria 💓 much love and blessings to you

Christie Lewis
2019-05-09T07:52:10+0000
Thank you so much. My gorgeous beginner hoop arrived in record time. I absolutely love it! I've started working my way through the online course and am loving the easy-to-follow instruction and relaxed, no-pressure vibe. In my head, I am already picking out the colours of my next hoop (why just have one?).

Joanna Macmeikan
2019-03-12T01:11:26+0000
If you’re wondering whether to buy a hula hoop from Maria then take my advice and DO IT!! Maria is a total sweetheart and her hoops are a work of art. I adore mine, I want ten more. It’s sparkly and pretty and sturdy and light and you definitely should purchase your hoop from her.

Anne Courtney Neil
2018-10-18T04:34:42+0000
Most incredible purchase! The colours and pattern it is like the ocean is swirling around while playing. This was a gift for my partners birthday and she absolutely adores her new hoop. Thanks so much you are a talented artist creating beauty that makes people smile. A.

Connie Cunningham
2017-07-04T12:02:22+0000
Maria make the most incredible travelling hoops, not only functional but absolutely beautiful and perfectly weighted. I recently travelled for 7 weeks overseas and whilst on tour, I assembled my hoop at each destination in just 60 seconds and was ready for my hooping workout, what a great way to keep fit whilst eating & drinking your way around europe, in fact I returned home 2kgs lighter, thanks Maria ��

Elisha Angel Lando
2017-06-08T00:51:41+0000
I bought my first 2 hoops from this shop and are super happy with the purchase! I have bought a couple more hoops since then but love my HoopsAlive hoops and use them all of the time! There was a shipping issue but it was sorted ASAP and all issues were resolved in a speedy and pleasant matter :)

Emma Smith
2017-06-07T07:21:19+0000
I purchased Maria's online hooping course and I found it so useful! Maria explains things in real detail, I'm so grateful to have more confidence in my hooping skills. Thank you!